George Dutton Trading Ltd has carried out the site clearance, earth-moving and lake re-construction on a private estate near Ashbourne, Derbyshire.

The 22 acre site consisted of two lakes, woodland and paddocks. It had been left for a number of years and was heavily over-grown, with both lakes in need of draining and cleaning out.

Initial work involved removing over 100 trees from the site and clearing the vegetation. Once this was carried out work could start on the first lake. A temporary road was installed around this lake to allow access for plant and equipment. The existing spillway from the lake was removed and the lake drained with all fish netted and relocated to the 2nd lake. Once completed a long reach excavator was used to remove over 3ft of silt from the bed of the lake that had built up over the years.

After the lake had been cleared the banks were raised by approximately 1m to increase the size. This was done using material excavated from elsewhere on site. Once the banks were completed a new spillway was constructed along with a new drainage chamber to allow the water level in the lake to be easily controlled.

The banks were then landscaped and seeded.

The driveway on the site was relocated with its level raised to allow better views of the estate.

This is an ongoing contract and updates will be posted on this page. 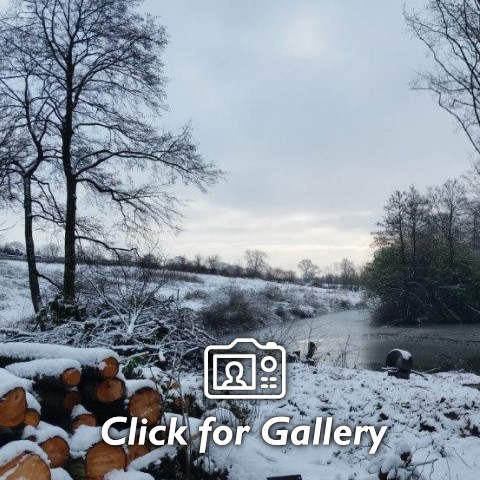